For several years now I have been playing with the idea of writing a novel. With both boys grown and flown, I need another focus that I can commit time and attention to. Although I was not an English major (like my brother, Mark), I feel capable of exploring some hidden genes for creativity and expression. My grandfather, Eliot Robinson Sr., was a published author of the early 1900s. His novels were not best sellers, although family lore and some evidence exists that he co-authored “Go Get ‘Em” which turned into the screenplay, “Wings” winner of best picture of the first Academy Awards in 1929. Another book, “Man Proposes” was assumed to be somewhat auto-biographical.

Further, I  enjoy reading, especially historical fiction set around the turn of the 20th century (late 1800s / early 1900s) with strong female characters. And, I think I have a life story that I can work from as the basis for an interesting plot.

I never met my Grandmother Robinson (Elizabeth Peirce Elliott Robinson, 1879 – 1957). Snippets of who she was came to me from my own mother. But of course her opinion may have been somewhat biased, she was describing her mother-in-law. “A cold, haughty woman”.  My oldest brother who was 11 when she died has few memories, just that she would come for Sunday dinner along with her brother (Uncle Fred) and sister-in-law (Aunt Florence).  And Uncle Fred and Aunt Florence left more of an impression on him, and perhaps rightly so as John had been named John Elliott, in memory of their son who was lost in WWII.

The more I dug into my grandmother’s history, however, the more telling details of a personality development emerged.  As a college psychology major, I believe her childhood and early years shaped the woman she became. Perhaps she was “cold and haughty”. Perhaps those are defense mechanisms that derive from abandonment. Her own father died when her mother was pregnant with her and they were living in London.  The family returned to her mother’s home and family in “Main Line” Philadelphia.  My grandmother grew up in her grandfather’s house, he (William Shannon Peirce) was a retired judge and former abolitionist lawyer and a founder of the first women’s medical college. She married late (32!), promptly had two sons within 2 years, and had her husband leave her.  Yet, she refused to divorce him until their sons had finished college. Divorce in the early 1900s? Another theme and topic worthy of research.

So, now I have an idea, the inspiration and a story outline. But, not the writing skills to take on a project of this magnitude. 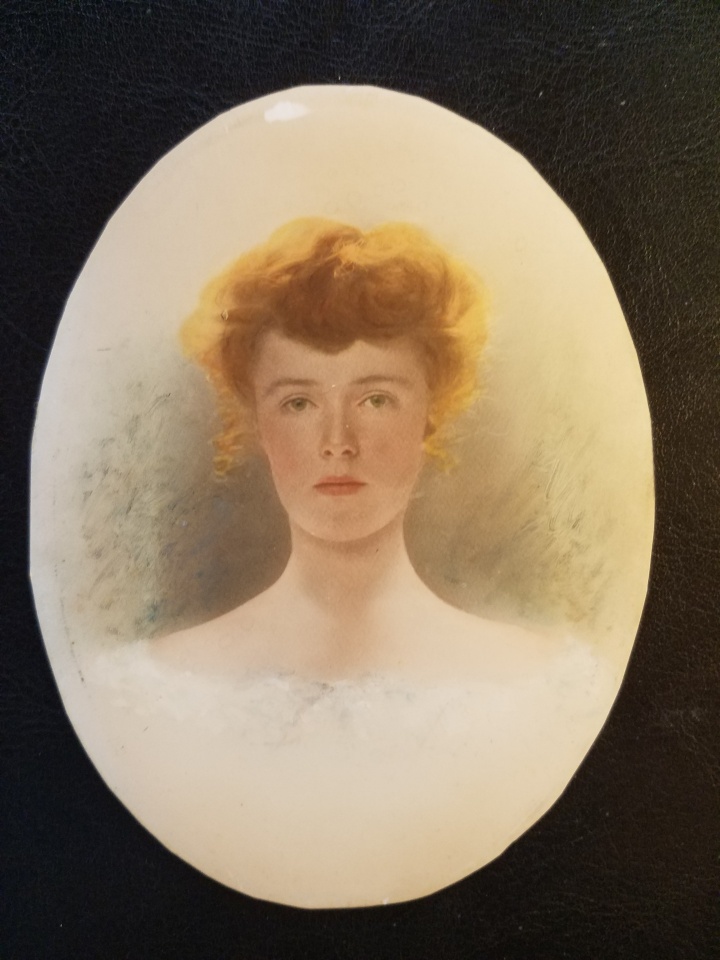 Enter, my reason for this blog.

I have enrolled in an online course for creative writing. The appeal of online is that I can attend classes and stay on track regardless of where I am living, or traveling for work. The trade off for a $49 monthly course is that there is limited feedback on my writing assignments. It is all peer-reviews. I’ve completed 3 weeks and some of the writing I’ve reviewed is challenging, and just not very good. This means the writers I’m reading, are reviewing and critiquing my work. I need more. I need feedback from accomplished readers. I need feedback from friends that I can trust to be honest with me. This is the only way I can build and hone my skills as a writer so that I can finally tackle my personal goal: writing a historical novel loosely set on the life of my grandmother, rich with plot twists fed by actual historical events (Titanic sinking, Boston flu epidemic, women’s suffrage movement, and more).

I invite you to come join me on this journey. As a first step, each week I will be posting my homework assignment. I’ll provide the directions for the assignment so you can understand the background and the rubric for reviewing. My attempt at the writing prompt will follow. I hope you will then provide me with honest feedback in the comments section.

My final goal will be to hand you a copy of my novel – hard cover, or e-book link.

15 thoughts on “A Personal Goal”